Want to explore the off-beaten path of South Africa? Head North! There are many things to do in Northern Cape, it covers over one-third of the nation’s landmass, an area dominated by heat, aridity, empty spaces, and huge traveling distances.

Mostly famous for the diamond mines, the Northern Cape also has a substantial agricultural area around the Orange River, including most of South Africa’s sultana vineyards and obviously wildlife, because it wouldn’t be South Africa if there was no wildlife.

The Northern Cape province was established in 1994 (after Apartheid ended) when the Cape Province was split up. Before 1994, South Africa had four provinces: the Transvaal and Orange Free State, previously Boer republics, and Natal and the Cape, once British colonies.

Where is Northern Cape

Places to visit in Northern Cape

Some of the best cities and towns to visit for Northern Cape activities:

Known for its 19th century Diamon Mine, Kimberly is the capital and largest city of the Northern Cape Province of South Africa. The driving distance from Johannesburg to Kimberley is approximately 450 KM.

Known as Springbokfontein until 1911 when it was shortened to Springbok. This town is located about 120km from Nambia in the Namaqualand area in the Northern Cape province of South Africa. The town is also home to The Blue Mine – the first commercial mine in South Africa to mine copper.

Founded in 1873 and originally known as Kharahais, Upington is the principal town and commercial, educational, and social center of the Green Kalahari, owing to its prosperity to agriculture and its irrigated lands along the Orange River. Upington enjoys a summer rainfall and a hot climate.

Things to do in Northern Cape

Here’s a list of the top places to visit in Northern Cape:

See the eye of Kuruman

This phenomenon is the largest natural fountain in the Southern Hemisphere, delivering an astounding 20 to 30 million liters of fresh water every day. 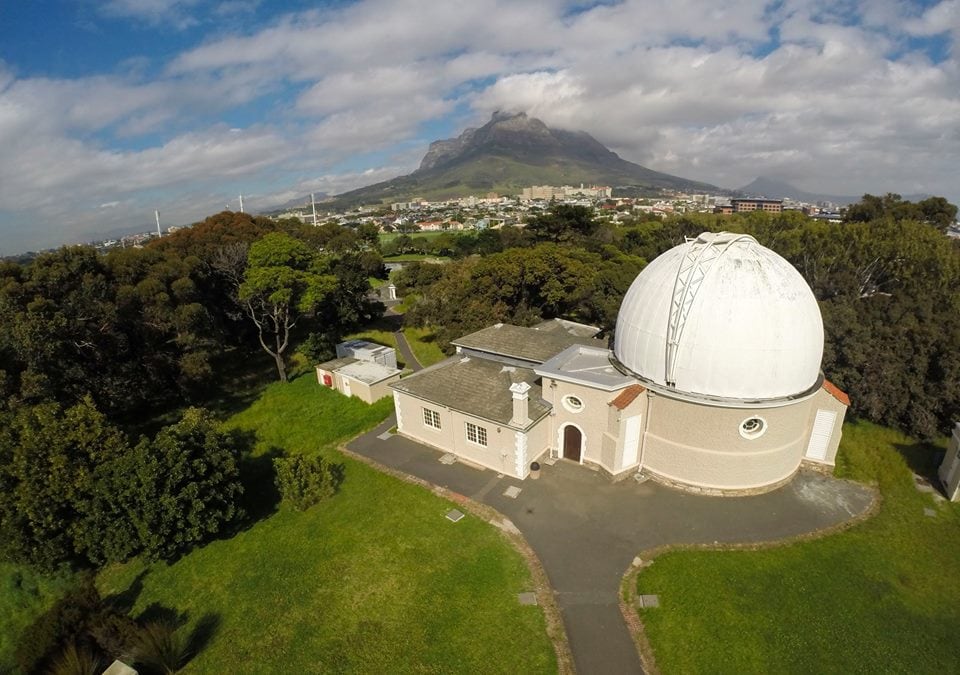 Established in 1972, The South African Astronomical Observatory (SAAO) is the national center for optical and infrared astronomy. The facility’s function is to conduct research in astronomy and astrophysics.

See the Big Hole in Kimberly

Kimberly Mine covers 170,000 square meters, reached a depth of 240 meters, and yielded three tons of diamonds. The mine was closed in 1914.

In 1866, Erasmus Jacobs found a tiny white pebble on the De Kalk farm on the banks of the Orange River near Hopetown in the former Cape Colony. That pebble turned out to be a 21.25-carat diamond.

Today the Big Hole is a unique open-air museum with viewing platforms and a wide selection of original houses, offices, and shops. The museum boasts Kimberley’s oldest house (imported from England in 1877), the diggers pub, a reconstruction of the De Beers’ homestead, and much more. 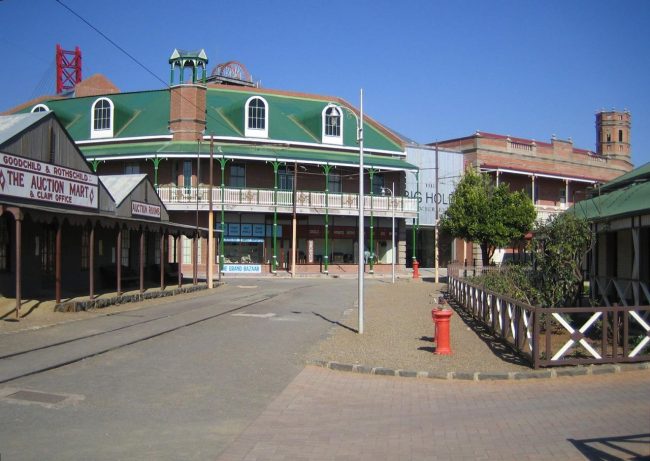 On display are the “616” (616 carats), the largest uncut diamond in the world, and the “Eureka”, the first diamond discovered the country.

One of the best national parks in South Africa due to its remoteness, undeniably striking landscape filled with weird rock formations and sandy moonscapes dotted with otherworldly trees. One of the main features of the combined park is the world’s second-largest canyon, the Fish River Canyon.

At Sendelingsdrift, on the South African side, a pontoon has been established to ferry people and vehicles across the Orange River. Sendelingsdrift is a border post and entry to the Namibian side of the park (weather permitting, phone park).

Northern Cape is home to the famous Southern African Large Telescope (SALT). SALT can be visited Monday-Saturday from 10h30 – 14h30 and tourists can book a guided tour at the visitor center. 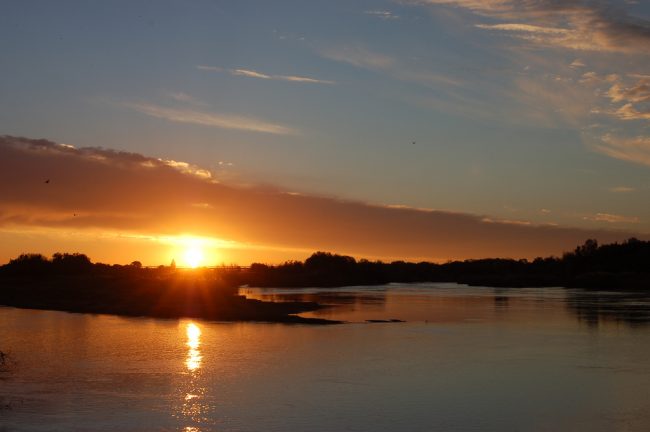 The longest river in South Africa. 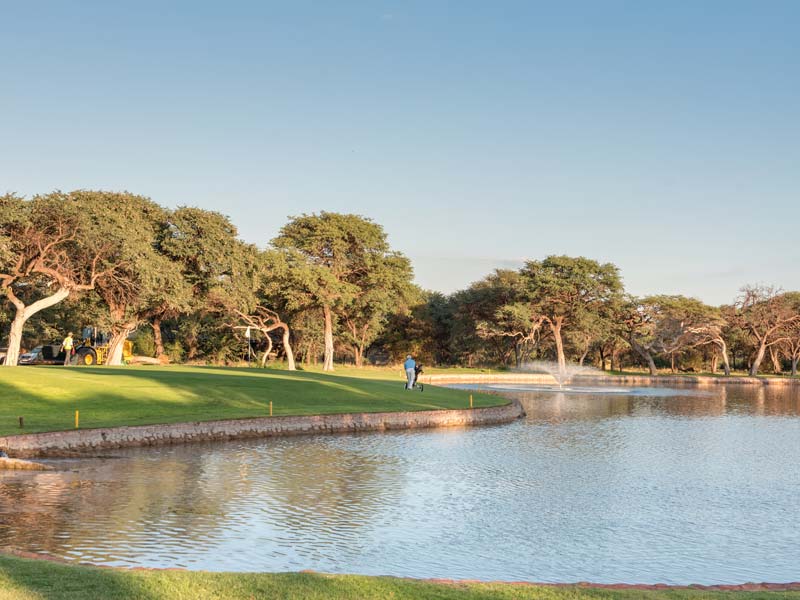 Ranked as one of the top 30 golf courses in the country. Facilities include a driving range, practice, and halfway house as well as tennis, squash, bowls, and swimming facilities.

Have a drink at the 2nd oldest pub in the country

Open since 1870, Diamond Girls (previously known as the Star of the West Pub) has had uninterrupted service for 147 years.

Augrabies Falls on the Orange River is around 56 meters in height. It is known as one of Northern Cape’s best-kept secrets. It was created when the Gariep (Orange) River thunders through a ravine.

Namaqua National Park is a wildflower wonderland, and one of three biodiversity hotspots in South Africa. 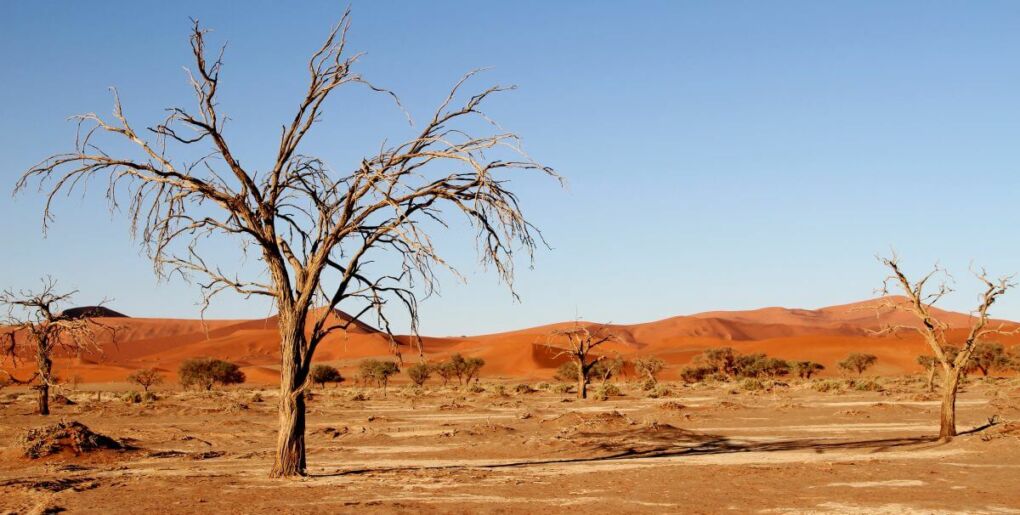 Head up north of Upington all the way through the Kalahari Desert to the Namibian border for a once in a lifetime sandboarding experience!

The dunes are red due to the high iron oxide levels found within the sand. This area is also home to a large variety of wildlife including our national animal – the springbok, gemsbok, and black-maned lions.

There are many fun things to do in Northern Cape especially in this Red Dune Region, some activities along the route include dune boarding, camel riding, 4×4 routes, game drives, guided walks, and bird watching.