Italy has the most sites with 54 entries; five being natural and 49 being cultural. While the United States of America has 23 entries; 10 cultural, one mixed, and 12 natural.

The UNESCO World Heritage Sites in South Africa are spread across the 9 provinces.

There are only 10 in South Africa and each one is worth a visit on your next trip:

Robben Island is more than a prison. Over the years, the island has housed a hospital, mental institution, leper colony, and a military base in World War II. Today Robben Island is home to an estimated 200 people.

With a school, wedding chapel, supermarket, and there are plans for building guest houses and conference facilities in the next five years. This UNESCO World Heritage Site near Cape Town is definitely worth adding to your SA Bucketlist

iSimangaliso Wetland Park covers an area of 239,566 hectares, including a wide range of pristine marine, coastal, wetland, estuarine, and terrestrial environments which are scenically beautiful and basically unmodified by people.

Located 120km southwest of Johannesburg, the oldest, largest, and most deeply eroded complex meteorite impact structure in the world

Confirmed as a World Heritage Site in July 2018. The site in Mpumalanga is the oldest mountain on earth. Over 3.6 billion years old, it contains the oldest and best-preserved sequence of volcanic and sedimentary rocks.

The area ranges in altitude from 600 to 1,800 meters above the mean sea level.

With the richest succulent flora in the world, this remarkable 160 000 hectares of mountainous desert in the northwest of the country is owned and managed by the Nama community, descendants of the Khoi-Khoi people. 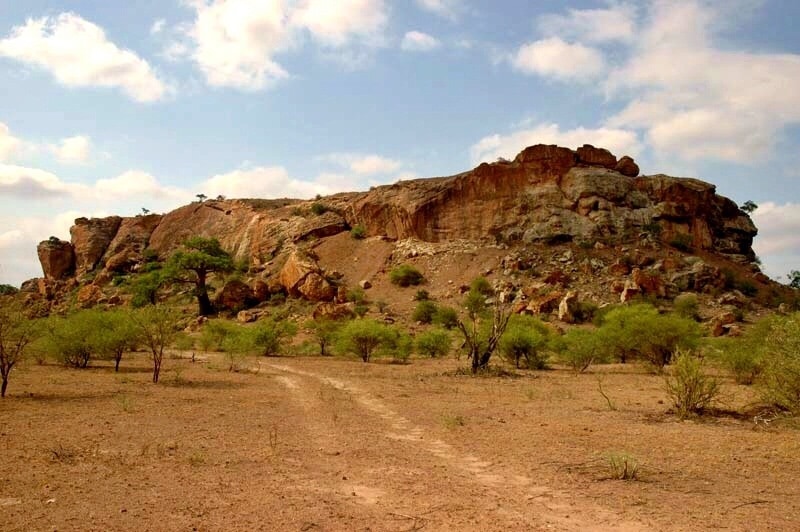 Mapungubwe is set hard against the northern border of South Africa, joining Zimbabwe and Botswana. It is an open, expansive savannah landscape at the confluence of the Limpopo and Shashe rivers.

This region contains evidence for an important interchange of human values that led to far-reaching cultural and social changes in Southern Africa between AD 900 and 1300.

This spectacular natural site contains many caves and rock shelters with the largest and most concentrated group of paintings in Africa south of the Sahara. They represent the spiritual life of the San people, who lived in this area over a period of 4,000 years.

Khomani Cultural Landscape in the Northern Cape Province is believed to be the ancestors of human beings, the Khomani San descend directly from an ancient population that lived in southern Africa 150 000 years ago.

They had been receding on the land before being forcefully removed in 1930 when the Kalahari Gemsbok National Park was established. The world heritage listing has been possible through the recent (2017) restoration of land rights to the ǂKhomani-San people.

Known as the Cradle of Humankind, The Fossil Hominid Sites of South Africa comprise three groups of limestone caves where early hominid fossils have been found that contribute to the understanding of the evolution of humankind.

Located just 1 hour from Johannesburg, This is one of the most popular UNESCO World Heritage Sites in South Africa.