Home to a variety of birds, nature lovers can enjoy the pristine natural habitat via the various hiking trails. Tsitsikamma is an ecological wonderland with trees as old as 105 million years. The area receives an average annual rainfall of 1200 mm.

Where is Tsitsikamma National Park

Tsitsikamma National Park is located in the Eastern Cape province of South Africa. The region sits on a 200m high plateau stretches from the Bloukrans River in the west to the Tsitsikamma River in the east, is bordered on the north by the imposing Tsitsikamma Mountains and in the south by the Indian Ocean.

Situated just north of Plettenberg Bay, there are many things to do in Tsitsikamma from land-base to exceptional Marine Tsiistikama attractions. Tsitsikamma is reachable from different locations and it’s a popular stop on the Garden Route.

Distance from Johannesburg to Tsitsikamma

Distance from Port Elizabeth to Tsitsikamma

The distance from Port Elizabeth to Tsitsikamma National Parka is 184.3 km and takes about 2 hours, depending on the traffic.

Distance from Knysna to Tsitsikamma

The distance from Knysna to Tsitsikamma 95 km (about 1 hour by car).

The best time to visit is between October and March. The weather in the region remains moderate with little rainfall. The season ideal for hikes, trekking, mountain biking, and adventure sports. 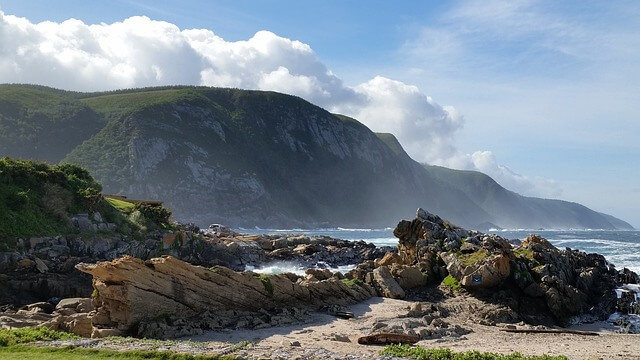 What does Tsitsikamma mean?

Tsitsikamma is a Khoisan word that means “place of abundant water”. It gets its name from the rich, green forests, flowering fynbos and abundant streams, rivers, and waterfalls in the region.

The Tsitsikamma National Park, proclaimed in 1964, is the oldest and largest Marine Protected Area in Africa. It is considered by many to be the marine equivalent of the Kruger National Park. Tsitsikamma covers 57 km of coastline with a total surface area of 32,300 hectares.

Tsitsikamma National Park is one of the 686 UNESCO biosphere reserves in 122 countries.

What to do in Tsitsikamma

There are many fun Tsitsikamma adventures.

The Big Tree is an 800-year-old Yellowwood located in Tsitsimakka. This majestic tree towers over the rest of the canopy; standing 36+m tall and with a trunk circumference of 9m – this is a giant among giants.

Explore the Storm River Village by Segway. This 2 hour-long guided tour through the Yellow Wood forests, including a visit to the Big Tree. While indulging in this exciting activity, you may spot numerous wildlife and birds, which will enhance the experience manifold.

Fly through the forest at Tsitsikamma Canopy Tours 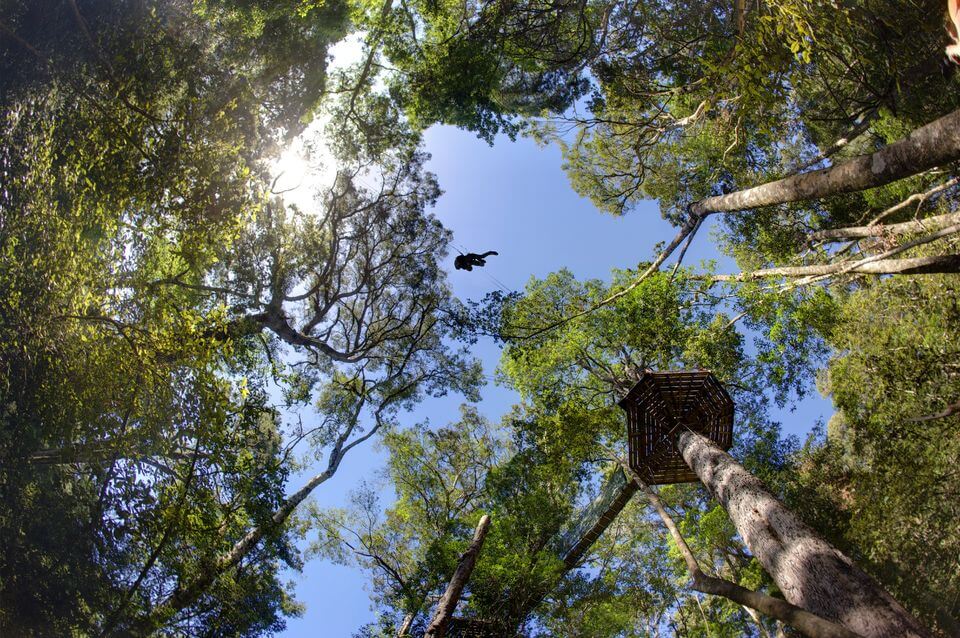 Tsitsikamma Canopy Tours involves zip-lining from one platform to another along a steel cable suspended up to 30 meters above the forest floor. The tour consists of ten slides and takes 2-3 hours to complete.

Built-in 1969, Tsitsikamma Suspension bridge covers 900 meters of the Tsitsikamma Forest and hangs just seven meters above the churning waters of the river as it enters the foamy Indian Ocean. The walk to the suspension bridges starts at the Storms River Mouth and takes you through some spectacular indigenous forest with superb views of the mouth and the ocean.

The Otter Trail is one of the most famous hiking trails in South Africa. The trail is 42,5 km long and takes 4 to 5 days to complete.

The Otter Trail follows the rugged, rocky shoreline ranging in elevation from sea level to a height of more than 150m. Most of the trail follows cliff tops returning to sea level to cross rivers.

Jump off the Bloukrans Bridge 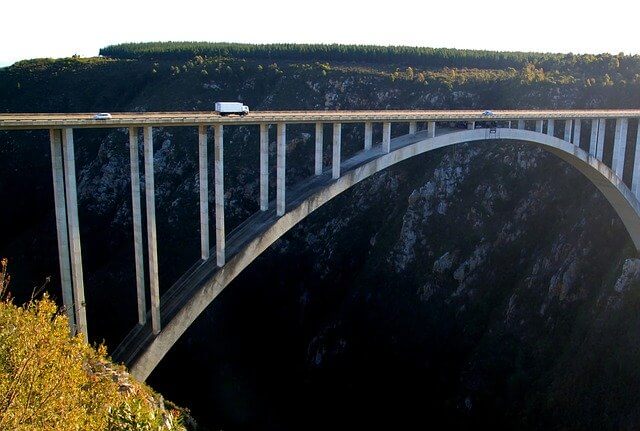 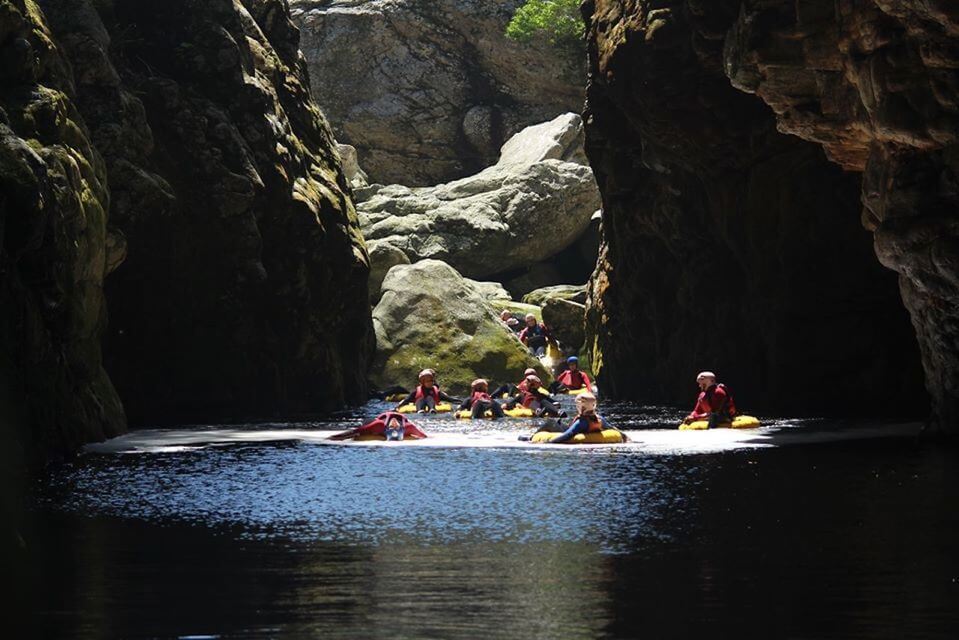 Blackwater Tubing in the Storms River is one of the best things to do in Tsitsikamma. These one-man inflatable river tubes take you on an unforgettable journey through a diverse habitat.

Places to stay in Tsitsikamma

These are the best places to stay in the area. 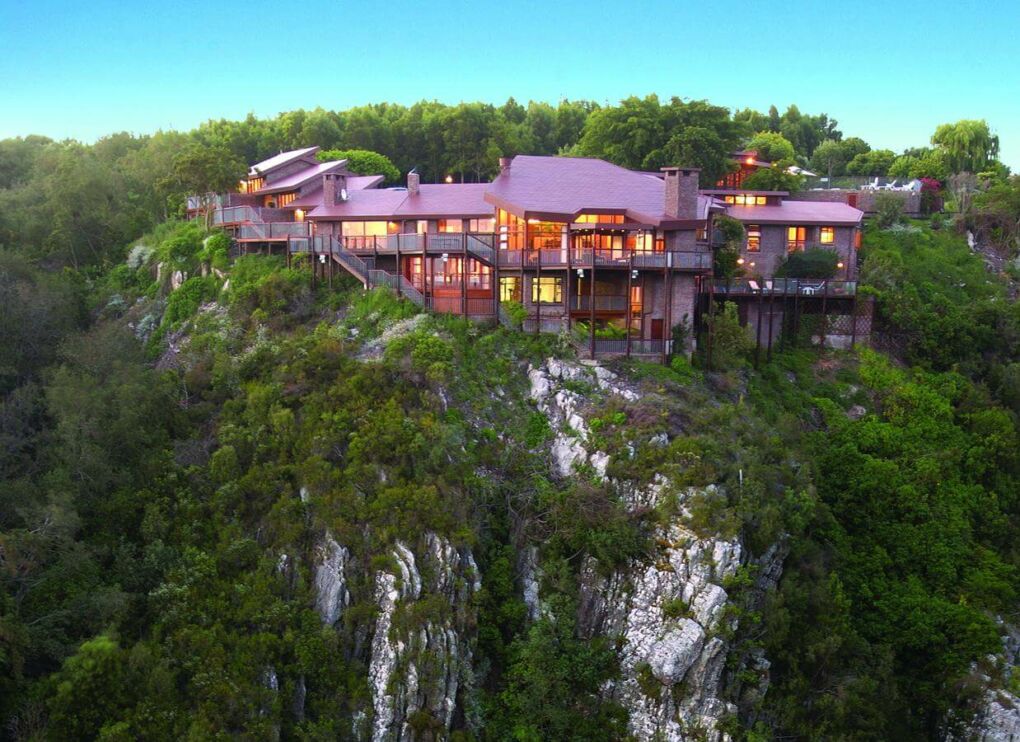 Located at the base of the wild Tsitsikamma Mountains, The Fernery overlooks an impressive 28 m waterfall in the Sanddrift River gorge. The deck area features a cocktail bar and free WiFi is available throughout.

The spacious rooms and suites are individually decorated and filled with light. Some rooms have fireplaces and offer scenic views. The elegant bathrooms have floor heating and heated towel rails. 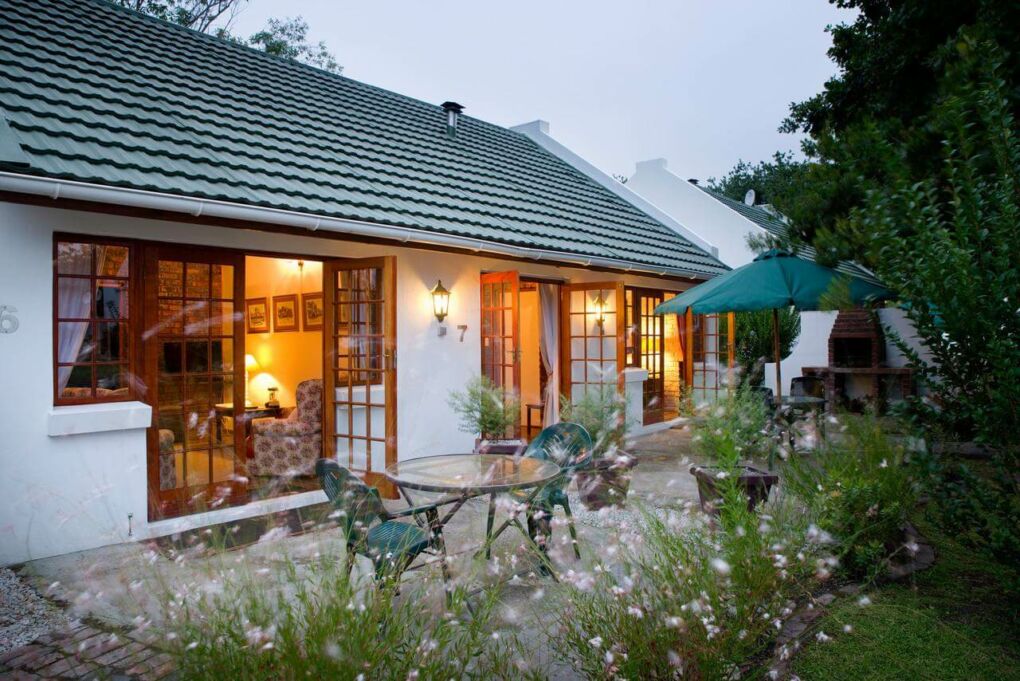 The spacious country-style cottages with exposed brick walls have a furnished patio, overlooking the garden and pool area. Each cottage has an open-plan living area, satellite TV, wardrobe and a desk.

Located in Storms River, this hostel offers a variety of accommodations at the end of South Africa’s Garden Route. It features a games room and a wooden bar with an open fireplace and shared kitchen facilities.

Guests at Tsitsikamma Backpackers have a choice of well-equipped tents, bunk bed dormitories, private rooms, or a self-catering villa. Some rooms have a private bathroom.

Tsitsikamma provides home-style meals served in the dining room. A supermarket, cafes, and several restaurants are within a 1640 foot walk.

Use travel insurance while visiting Tsitsikamma so you are covered for theft and medical expenses. There are a lot of adventurous Tsitsikamma things to do, and it’s best to have peace of mind while driving, hiking, and trying some of the best food in the world.