Virtual Tours of Africa give you a complete 360° view of several panoramic images that are edited and seamlessly connected into a single piece.

Africa is home to geological wonders spread across 54 countries with over 3000 fascinating tribes and cultures. There’s no continent like Africa, with tropical beaches that rival some of the world’s best.

While travel might be restricted at the moment, this doesn’t mean you shouldn’t take time to explore.

Travel is not about visiting a foreign land, its simply about the discovery of something new – and this can happen in your own living room.

Don’t miss out on traveling through Africa during the pandemic. Simply take these virtual tours, instead…

There are many amazing virtual experiences in Africa for wildlife enthusiasts, history lovers, and adventure junkies. This list will take you from South Africa to Zambia and even Egypt.

Victoria Falls one of the greatest natural wonders on the planet, the falls cascade 355 feet from a natural crevice in the Earth through which the Zambezi River travels.

The falls are 1700 meters wide and 108 meters high, they can be seen from either Zambia or Zimbabwe.

Although the dolls have the largest curtain of falling water on the planet, one and a half times wider than Niagra Falls and twice as high.

Sahara is one of the three deserts in Africa including The Namib and the Kalahari. This virtual tour shows shares some educational information and majestic views of the most parts of the desert.

Go on Safari in South Africa

There are many amazing places to Safari in Africa but South Africa is one of the top destinations! You can enjoy anything from budget to luxury safari experiences at the many national parks in South Africa. This is one of the best virtual tours of Africa for a unique safari in your own home!

See the Pyramids of Giza 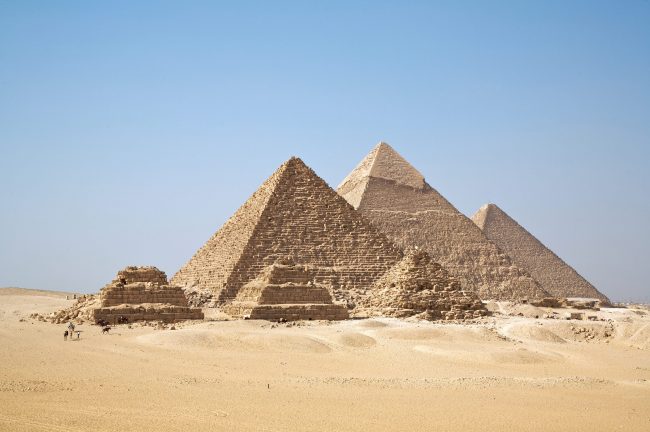 The Pyramids of Giza are the last of the ancient Seven Wonders of the World and one of the most known landmarks in Egypt. The pyramids were constructed around 4,500 years ago as grand tombs for the pharaohs.

The royal tombs were built for three kings: The Great Pyramid is the largest, northernmost and oldest pyramid of the group was built for Khufu, the second king of the 4th dynasty.

Queen Meresankh III was the daughter of Hetepheres II and Prince Kawab and a granddaughter of the Egyptian Pharaoh Khufu. She was the wife of King Khafre.

The tomb consists of two main chambers divided by pillars with a remarkable row of figures of the Queen and her family in high relief on the end wall. Another chamber with four similar carved female figures leads to a stairwell from which a lower (but featureless) crypt can be accessed.

Use travel insurance while exploring Africa so you are covered for theft and medical expenses. There are a lot of adventurous activities to do in SA, and it’s best to have peace of mind while driving, hiking, and trying some of the best food in the world.