Are you wondering what is the African Union Passport and how does it affect South Africans?

The African continent is set to roll out its Single Passport. In 2016, the African Union promised to deliver a continental passport to “help realize the dream of visa-free travel for African citizens within their own continent by 2020.”

With an African Union passport, your “playground” consists of the entire Africa, where each country has its own distinct culture and flavor! With this passport, you’ll be able to jet set from Egypt to Nigeria and then catch a  flight from  Lagos to Asaba, all with one document

The Africa Union Agenda 2063 initiative aims at transforming Africa’s laws, which remain generally restrictive on the movement of people despite political commitments to bring down borders with the view to promoting the issuance of visas by member states to enhance free movement of all African citizens in all African countries.

With access to 101 countries visa-free, South Africa currently ranks 54th on the list of the world’s best passports. This could increase going forward with the AU Passport set to ease travel restrictions across 55 Pan-African states. There is also a potential that Western countries could refuse access due to all African countries having the same passport, leading to a decrease in visa-free countries for South African passport holders.

What is the African Union

The African Union (AU) is an organization that aims to boost development, eradicate poverty and bring Africa into the global economy.

The Union was formed by Muamar el Gadafi in July 2002. They support political and economic integration among its 55 member nations.

How many countries in Africa

What is the African Union Passport 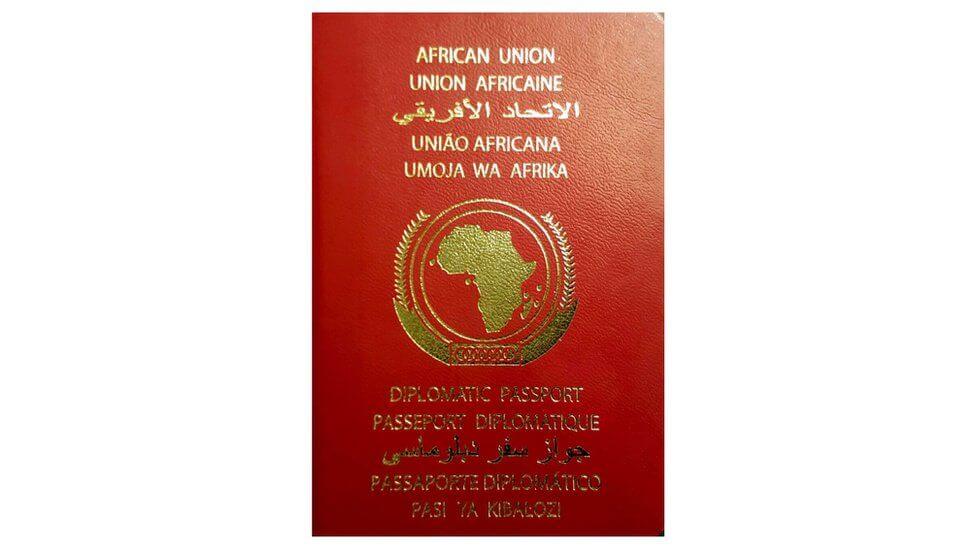 The African Union Passport is a common passport document that is set to replace existing nationally issued African Union member state passports. These passports form part of the AU’s Agenda 2063 which envisions an ‘ integrated continent, politically united and based on the ideals of Pan-Africanism and the vision of Africa’s Renaissance’.

The passport color is red – which is an interesting choice as most African passports are green and Passports with a red cover are often chosen by countries with a historical or current communist system.

The passport has inscriptions in Arabic, English, French, Portuguese, and Swahili. The African Union anthem’s lyrics are printed on the page immediately after the picture page.

At the moment, only 13 African states are open to all African citizens for visa-free travel. The African Union Passport would allow visa-free travel between the Union’s 55 member countries.

How to get an African Union Passport

A number of prominent Africans, including some heads of state and diplomats, have been issued the passport. Through August 2019, 33 member states have signed the protocol to establish a pan-African economic body, the first step toward the free movement of people.

At the moment, there is no official information about how to apply for an African Union Passport in 2021.

There are three types of African Union passport that will be issued:

1 thought on “African Union Passport: Everything you need to know”