There are many pros and cons of living in South Africa? SA has a ton to offer expats. But, being a local or digital nomad in South Africa comes with a few challenges.

For the most part, you just have to be smart about what you do and where you go (as you would with anywhere you travel!).

This post aims to answer all these questions. For those who don’t know me… I was born in South Africa, left after university to work abroad (Turkey, US, Ireland and Bali), and came back to visit but ended up spending a whole year and half at home – due to the pandemic and uncertainty about where to go to next.

Here are my thoughts about the Pros and Cons of Living in SA as a local:

South Africa At a Glance

South Africa is a country that never sleeps, which means things are always changing! Take a glance at some recent stats to stay informed about the current conditions of the country:

Living in South Africa is not without its challenges. There are safety concerns, electricity disruptions and a lack of reliable public services. 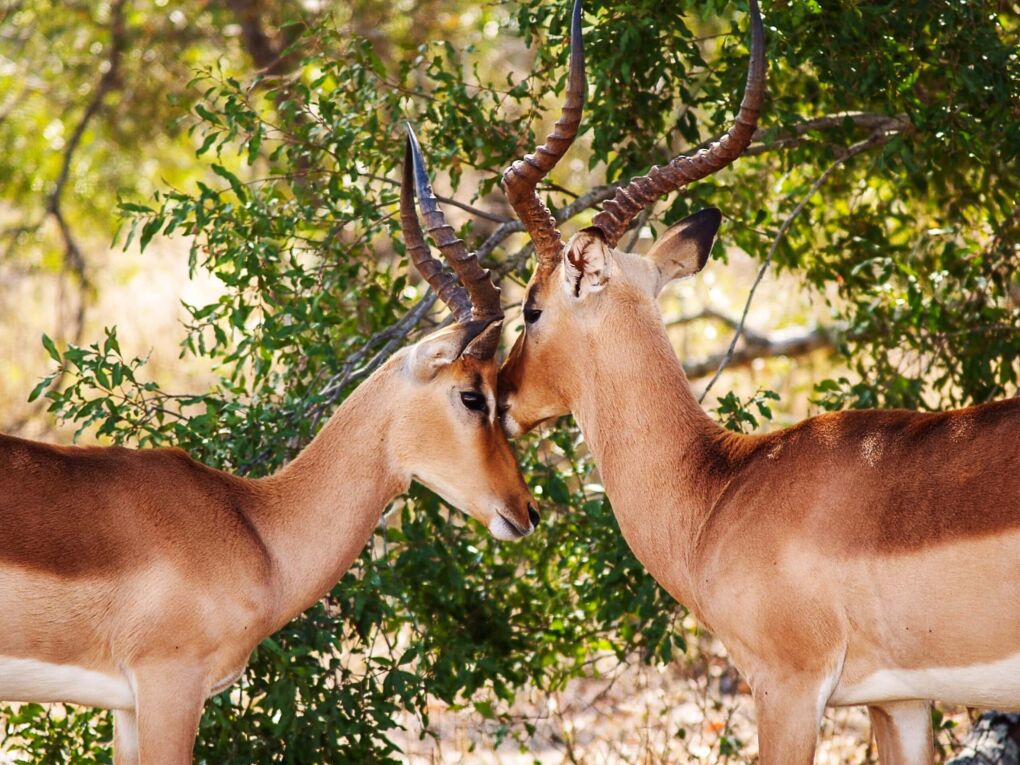 They ruin everything! That’s it…

Their failures are the reason things are bad. More and more people are starting to realise this and will hopefully make better decisions next time we vote.

Pro: Abundance of Nature and Wildlife

Load shedding is used to relieve stress on a primary energy source when demand for electricity is greater than the primary power source can supply.

Power cuts are common in South Africa, not every single day, sometimes we have a few months of electricity then a few weeks of 2-6 hour power cuts daily, very common in winter months (June-August).

You can purchase a generator or simply just sit in the dark like the rest of us during those few hours of power cuts.

If you are earning in another currency life in SA might be cheaper for you than it is for locals. At the moment 1 USD = 14 ZAR. With 14 ZAR you can’t buy much, maybe a loaf of bread (depending on where you go, because it ranges from 14-30, depending on the type of bread).

You can live comfortably and access most than the average person

South Africa has one of the highest crime rates in the world. Not just petty crimes but violent crimes which include rape and murder.

So you’re probably wondering why should I move to South Africa and why do you live there? Most people (locals) don’t really have the means (monetary) to move. With a South African passport, it’s not easy to just pack up and move so people have learned to navigate living in South Africa despite our challenges.

South African food quality is top tier! The only country where I’ve lived where the meat was great as South Africa is Ireland but apart from that SA has amazing fresh fruit, vegetables, fish and meat options.

This is a great explanation of why we export so much! I’ve seen our flag and produced in South Africa stickers on things like avocados and oranges in US, China and Ireland.

Depending on where you choose to live in South Africa. This can either be an advantage or disadvantage. Public transport in South Africa is okayish in metropolitan cities like Johannesburg, Pretoria and Cape Town.

There are many options to get around if you choose not to drive in South Africa. From public buses to the Gautrain to Uber and minibus taxis – you won’t have a problem reaching your destination no matter what your budget is.

The other factor to this is that in remote areas you might struggle to access public transport as it doesn’t go as frequent due to the town/village being to far.

For example, my late grandparents lived in a small remote village – about 3 hours from Pretoria and there is no access to public transport there. There is a bus that come on Mondays – Friday at 5am to take people into the nearest town and returns at 6pm. There are no trains, taxis or other means to travel there unless you have a car.

Although there are always exceptions to this, but most South Africans are warm and welcoming

As I’m typing this, I actually went to the shop to buy bread this morning but their card machine wasn’t working and the lady behind me had cash and she paid for my bread. You get random acts of kindness like this every now and then.

There is a sense of community that you will experience in South Africa that is a refreshing compared to other countries.

Getting a job in South Africa is difficult, it doesn’t matter how qualified you are. There aren’t enough jobs for our growing population.

Most people graduate then stay home for years with student loan bills and no source of income.

Lately most opt to teach English abroad or work as an Aupair, despite having qualifications in other fields.

While living in South Africa you will get to experience four seasons – summer, autumn (Fall), winter, and spring.

Our winters are cold but not NYC cold. It also rarely snows or rains anywhere outside of the Western Cape and Drakensberg regions during winter.

There is always a protest about something in SA. It’s a norm and most people don’t really care until it affects them.

Why are people protesting in South Africa? In simple terms, the government is misusing public funds, cost of living keeps increasing, most people don’t have an income and young kids and females are being raped and murdered at a concerning rate. Protests are always related to those issues.

South African protests are often violent and sometimes it leads to people being killed by police who shoot at them or, buildings being burned down.

Usually when there is a protest in your city, it’s best to stay home.

Pro: No open wars with anyone in the world

Thankfully we never have wars, terrorism or issues with other countries. It’s relatively safe from attacks.

This is one of those things we can’t ignore!

Most African countries know South Africa for the vicious xenophobic attacks. People always ask me about this when I’m abroad and I never know what to say to them. Yes, not all South Africans dislike African foreigners…

But you can’t ignore the reality of people being attacked, accused of stealing jobs and murdered because they aren’t from here. Another thing to add is this usually happens to black people – which is mind boggling.

You don’t really realise how important this is till you live in a country where you can’t express yourself or tweet the President and ask him questions.

There are many reasons to consider living in South Africa but this is definitely one of the top ones.

Con: Bureaucracy around some basic processes

Trying to get anything done here can be frustrating. Most of the processes and systems are outdated, but after living in 4 different countries, I must say that there are certain things that a bit more efficient at home – {side eyes Turkey}.

Applying for most things requires your national ID and proof of residence. Why can’t they add our address on our ID like in the US?

Choosing to living in South Africa means accepting that you will be printing and filing paperwork for many things and going to the police station to get documents certified. This country ain’t about sustainability and saving trees!

Some things require you to go and wait in a queue vs. getting this handled online.

South African has amazing quality of water and air.

Living in country where you can open the tap and drink the water is a blessing you won’t understand till you live in a place where this isn’t an option.

I hate how we have normalised corruption!

From the everyday people to Presidents. I read the other day that we went from having an ex convict as a President (Nelson Mandela), to having a President in jail (Jacob Zuma) – currently facing over 700 charges.

We really need to change this culture and hold people accountable.

We have a day off every now and then and I love it. South Africa has a total of 12 holidays while Ireland has 9 bank holiday and the US has 11 national holidays.

Public clinics and hospitals are understaffed and overworked.

Too many people need these services and the government isn’t really doing their best to improve things.

South Africa has one of the world’s best private healthcare systems – very expensive for locals but if you can afford it, it’s worth having!

My least favorite things about living in South Africa is how far it is. When you have to travel to other countries it’s always expensive and takes hours.

There are many fun and unusual things to do in Cape Town, this makes it a tourist hub and popular South African city for digital nomads.

Pretoria is the administrative capital of South Africa. This vibrant city attracts many expats in South Africa as its home to the most embassies in the world outside Washington DC and it’s also home to most local governments departments of South Africa.

You’ll find many diplomats in the city and Pretoria is relatively close to Johannesburg (about 45 minutes by car), less congested, and slightly cheaper (housing and cost of living).

Pretoria is a great place to move to in South Africa with kids as there are a variety of both public and private schools including some of the best tertiary institutions in the country like the University of Pretoria, Tshwane University of Technology (TUT), and University of South Africa (UNISA). Several large companies are based in the city, including Ford South Africa, Aerosud, and Exxaro.

Some of the best places to live in Pretoria include Faerie Glen, Waterkloof, Mooikloof, Brooklyn, Centurion (a little closer to Johannesburg).

Joburg also known as the city of Gold is the city that never sleeps! Home to two international airports: OR Tambo and Lanseria, Johannesburg is a popular layover for foreigners traveling to South Africa

The city has many historic buildings, monuments, museums, as well as its beautiful botanical gardens and nature reserves. There are many things to do and an abundance of day trips from Johannesburg.

Are you thinking of moving to South Africa? Read these:

8 thoughts on “Living in South Africa: Pros, Cons and Things to Know”