Poland, known for its pierogies and potatoes, has become a favorite expat and digital nomad destination. With its beautiful cities, breathtaking beaches, and diversified geography, Poland has a lot to offer.

Relocating can bring culture shock, and it’s up to you to make it seem like home. However, we can assist you in making that initial decision by helping you find the best places to live in Poland.

Best Places to Live in Poland for…

Top 10 Places to Live in Poland

Best City to Live in for Solo Travelers 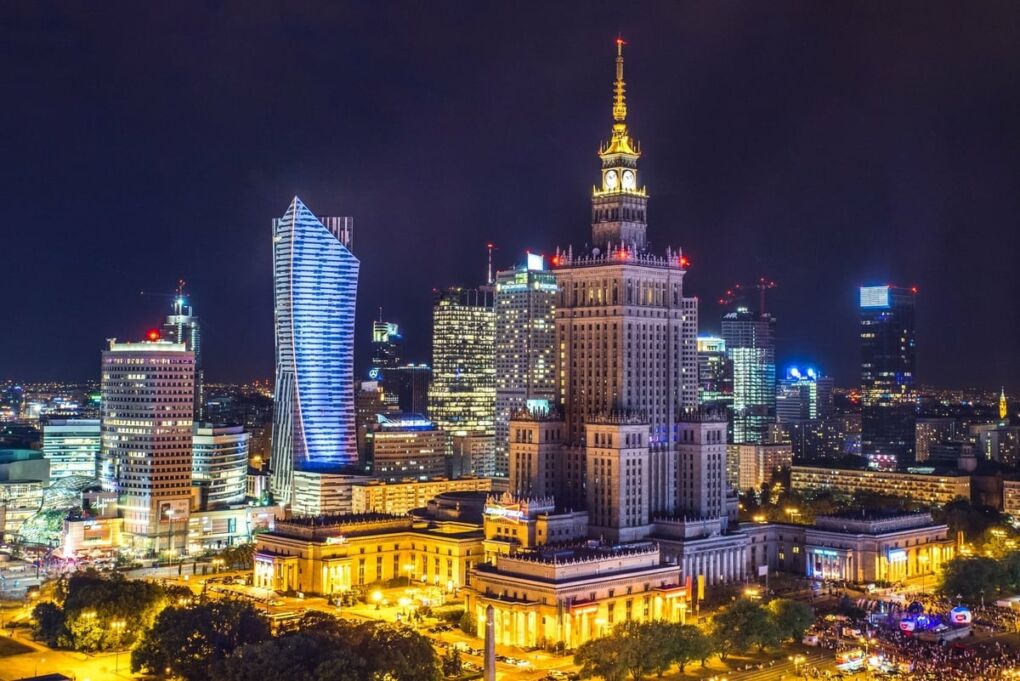 Warsaw is dedicated to informing the public about its sad past. Many museums are devoted to displaying historical events and the current state of Warsaw. To discover more about the city’s rich history, visit the POLIN Museum of Polish Jewish History and the Warsaw Uprising Museum.

Tip: Because of the number of times it has been destroyed and rebuilt, Warsaw is known as the “Phoenix City.”

Who Would Like to Live There: Solo Travelers, Foodies

Best City to Live in for Expats 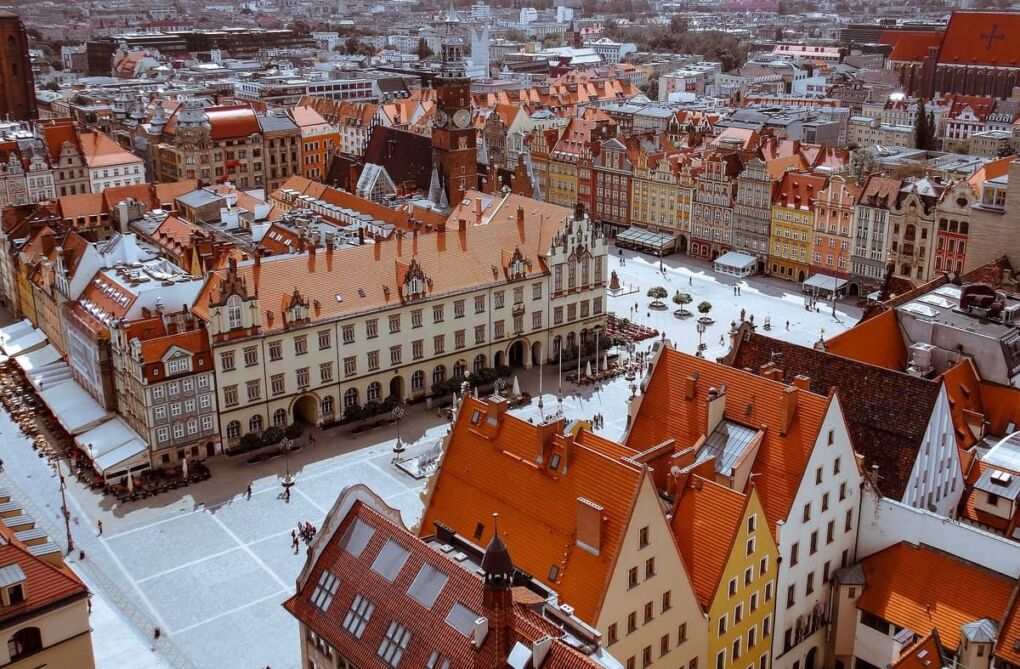 Wrocław is a city where you can walk right through history. Climb to the top of St. Elizabeth Cathedral for a stunning panoramic view of Wrocław, or take a river Oder cruise. Make sure to sample some of Poland’s greatest pierogies.

Tip: Over 600 gnome statues can be found throughout Wrocław.

Who Would Like to Live There: Expats, IT Students

Best City to Live in for Couples 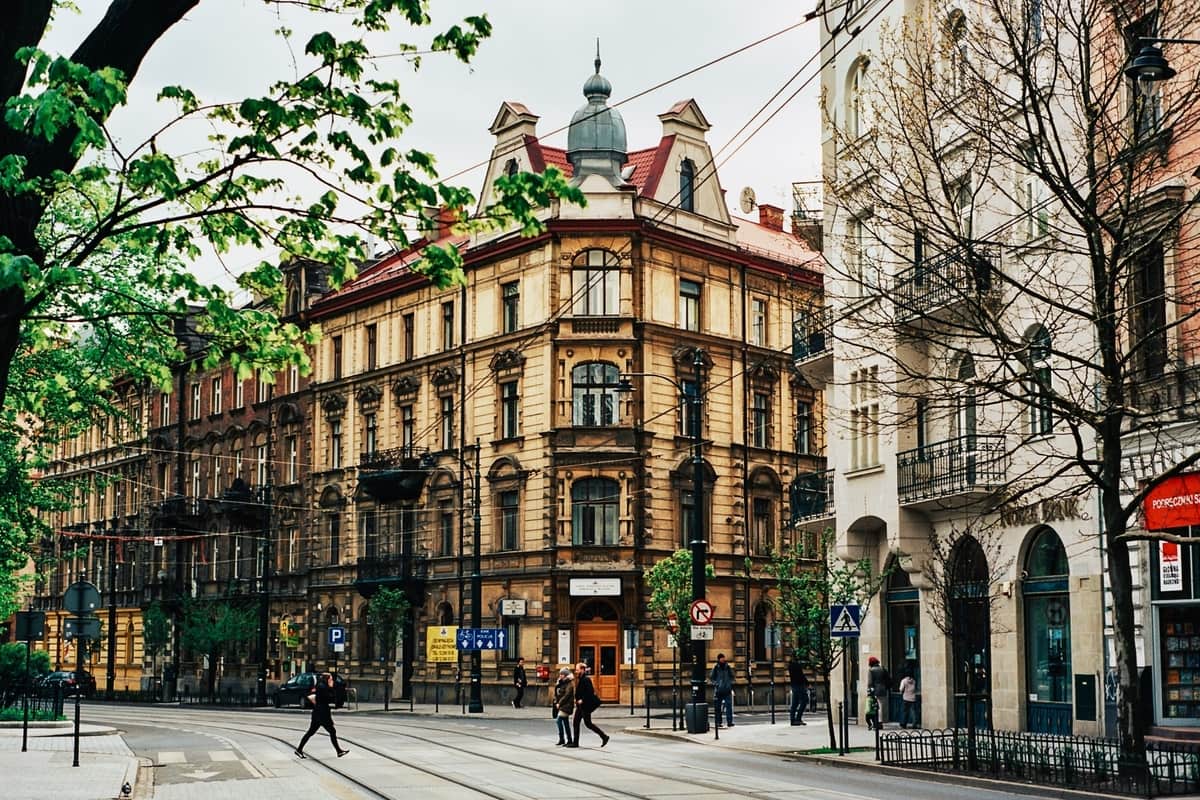 Kraków has something for everyone, from towering castles to snow-capped mountain ranges. Hike through Ojcow National Park to find the Wieliczka Salt Mine’s underground lakes, or visit Energylandia, Poland’s largest amusement park. Make a point of visiting Auschwitz-Birkenau as well.

Tip: A hidden knife can be found in Sukiennice.

Best City to Live in for Groups 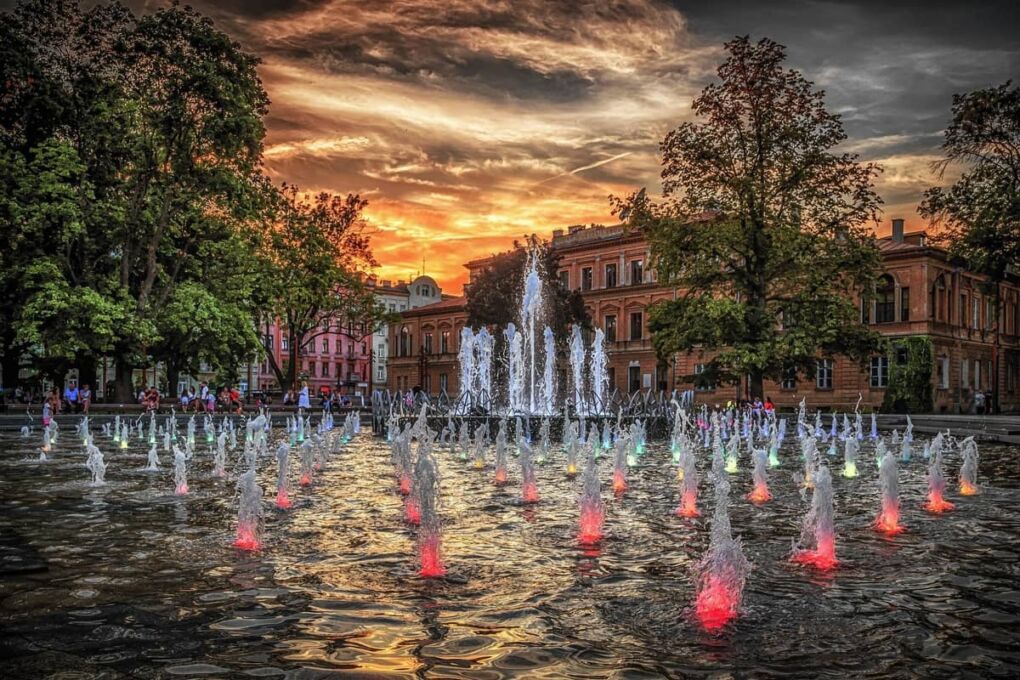 Lublin attracts thousands of international students each year. It’s a student’s paradise, with a beautifully updated university and many exciting attractions to visit. The Fontanna Multimedialna Lublin, a colorful fountain surrounded by restaurants and pubs, is a must-see.

Tip: With over 5,000 international students, Lublin is the largest university center in eastern Poland.

Best City to Live in for Digital Nomads

Gdańsk is where World War II began, but don’t let that stop you from exploring this great city. Visit Westerplatte, ground zero of World War II, if you’re interested in war and the military. Neptune’s Fountain and the Golden House are among the many other outstanding attractions.

Tip: It is the home of Goldwasser, a root and herbal liqueur with 22 karat gold flakes.

Who Would Like to Live There: Digital Nomads, Military Enthusiasts

Best City to Live in for Families

Poznań has a ski slope and an island right in the center of the city. If you’re a beer connoisseur, there’s a Poznań Pub Crawl Tour that includes a stop at Lech Browary Wielkopolski, the brewery that produces Poznań’s famed beer, Lech.

Tip: Poznań is famed for its croissants and even has a museum dedicated to them.

Best City to Live in for English Speakers 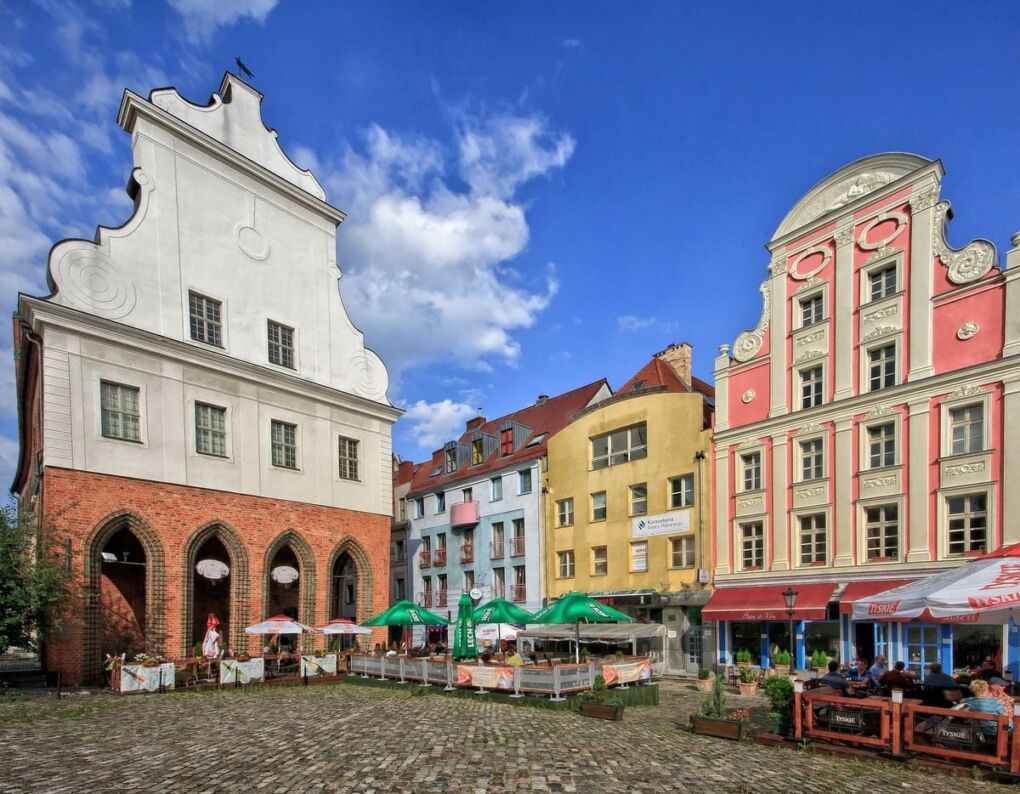 Szczecin is a major seaport famed for its technology museums and Haussman-style avenues. The Szczecin Philharmonic music hall and the Szczecin Underground are both worth seeing.

Tip: The layout of the main roundabouts follows Orion’s belt.

Who Would Like to Live There: English Speakers, Tech Buffs

Best City to Live in for History Buffs

Rzeszów is a tiny city with a lot to offer in terms of sights and things to do. Visit the Market Square, where townhouse number 19 dates from the 16th century, or go to the historic well where Rzeszów residents used to get their water.

Who Would Like to Live There: History Buffs, Small Town Seekers

Best City to Live in for Film Enthusiasts 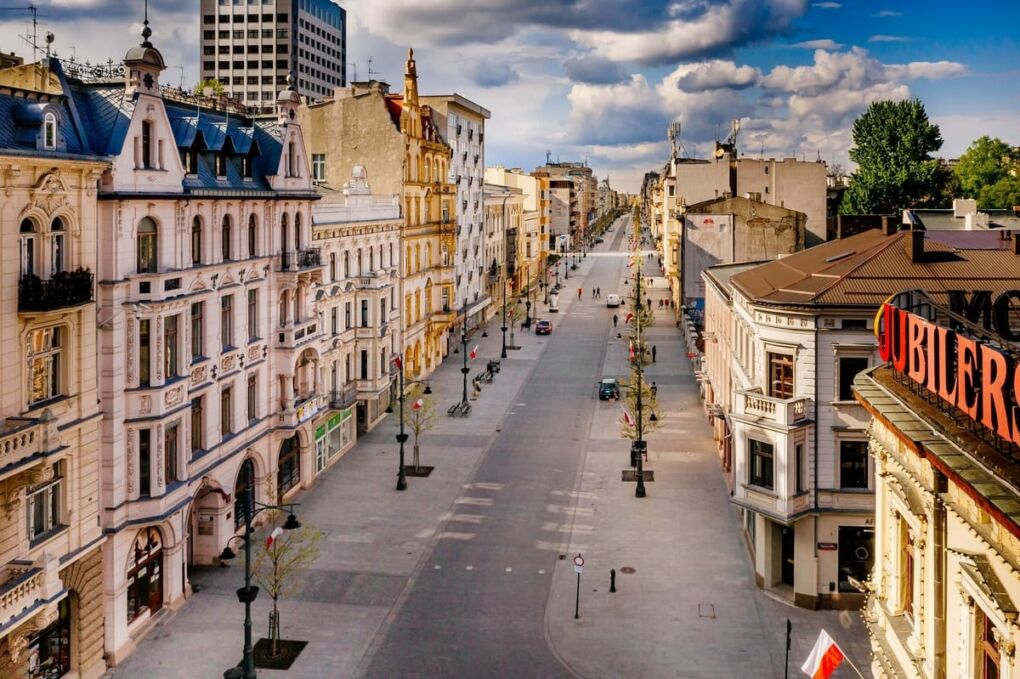 Łódź is an artsy city with a rich history, best known for its National Film School, where Andrzej Wajda and Roman Polanski learned their trade. The Botanical Garden is essential for nature enthusiasts, while Radegast Train Station, which served as a departure point for Auschwitz, is a must-see for Holocaust history buffs.

Tip: One of Europe’s largest Jewish cemeteries is located on Bracka Street in Łódź.

Who Would Like to Live There: Film Enthusiasts, Nature Lovers

Best City to Live in for Nature Lovers 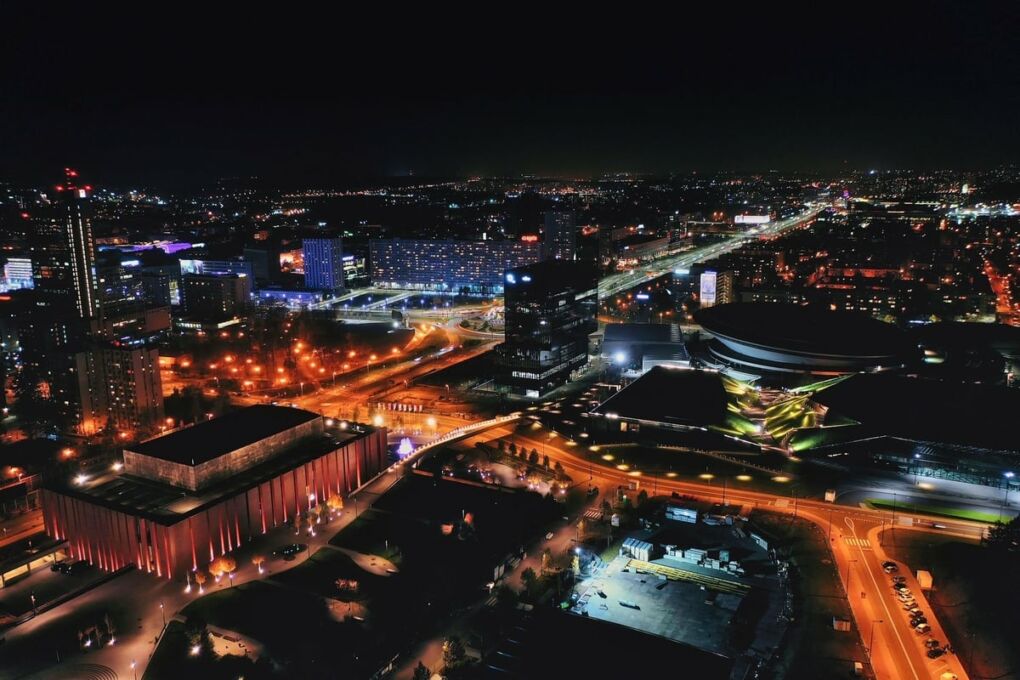 A small mining town, Katowice is a great spot to live if you want to be near the country. Travel to the Valley of the Three Ponds and Kościuszko Park if you’re interested in seeing some lovely scenery. The Guitar History Museum and the Silesian Philharmonic are also worth visiting for music lovers.

Tip: The Spodek is a UFO-shaped arena built in the 1970s.

Who Would Like to Live There: Nature Lovers, Music Enthusiasts

Poland has a low crime rate, with vandalism and theft being the most common crimes. Unfortunately, hate crimes and muggings continue to occur in several areas.

2. What Currency Do They Use in Poland

The Polish złoty is the national currency. While some businesses accept the Euro, it is not commonly accepted throughout Poland. Learn how to create an online bank account, a popular tool among expats and digital nomads.

3. What Language Do They Speak in Poland

Polish is the primary language of Poland; however, it has many different dialects.

4. How to Travel Around Poland

Although public transit is the most convenient and cost-effective mode of transportation in Poland, it is not well developed in some cities.