Visiting Russia and considering a trip to the Venice of the North? Known as the cultural capital of Russia, there are many things to do in St Petersburg. With its history, culture, and landmarks.

St. Petersburg has 44 islands that are connected by over 300 bridges with 2000 libraries, 221 museums, 45 galleries, 80 theatres, 100 concert organizations, 62 cinemas, 80 other cultural establishments, and plays host to around 100 festivals each year.

The cities name was changed three times before the original name was returned in 1991. Local residents often refer to the city by its shortened nickname, Piter.

When St Petersburg was first built, it was designed to be a port city and naval base, which it was for many years. The Neva River remains the city’s main artery, with a multitude of ships sailing down it every day. To allow larger ships to dock, all the bridges over the river are lit up and drawn at night, making for a beautiful view.

Where is St Petersburg

St. Petersburg is a port city in the northwest of Russia. The city lies about 400 miles (640 km) northwest of Moscow and only about 7° south of the Arctic Circle. since its founding in 1703, St Petersburg played a vital role in Russian history. Not only is it the birthplace of President Vladimir Putin but its also the second-largest city in Russia.

How to get to St Petersburg

Depending on where you are traveling from, St Petersburg is reachable by air, train, and sea.

The distance between St Petersburg and Moscow is approximately 650-700km away from St Petersburg and will take anything between 4 to 8 hours by train depending on the type of train you take, or around 1.5 – 2 hours if traveling by plane.

How to get to St Petersburg by air

Pulkovo Airport is located 17 kilometers south of the city center and is the busiest Russian airport outside of Moscow, serving many international and domestic airlines. However, there is also the option of flying into Lappeenranta Airport which is located across the border in Finland.

How to get to St Petersburg by train

The railway system is extremely well-connected. Moscow can be reached in only four hours via a high-speed rail system, and there are also international connections to Helsinki, Berlin, and Eastern Europe.

How to get to St Petersburg by sea

St Petersburg can also be reached directly via ferry from Helsinki and Stockholm.

Things to do in St Petersburg

Before visiting St Petersburg, I highly recommend that you purchase the St. Petersburg CityPass. It gives access to most of the city’s museums, as well as various tours, either by bus or boat. You can buy it for 2, 3 or 5 days. The pass will help you save money and save time which will be wasted waiting in line for tickets.

Taking 40 years to complete, St. Isaac’s Cathedral was built to be St Petersburg’s main church and the largest cathedral in Russia.

The cathedral’s facades are decorated with sculptures and massive granite columns (made of single pieces of red granite), while the interior is adorned with incredibly detailed mosaic icons, paintings, and columns made of malachite and lapis lazuli.

A large, brightly colored stained glass window of the “Resurrected Christ” takes pride of place inside the main altar. The church, designed to accommodate 14,000 standing worshipers, was closed in the early 1930s and reopened as a museum. Today, church services are held here only on major ecclesiastical occasions.

Wander around the Peter and Paul Fortress

The Peter and Paul Fortress was the idea of Peter the Great, who re-claimed the lands along the Neva River in 1703 and decided to build a fort to protect the area from possible attack by the Swedish army and navy.

The fortress was founded on a small island in the Neva delta on May 27, 1703 (May 16 according to the old calendar) and that day became the birthday of the city of St. Petersburg. The Swedes were defeated before the fortress was even completed.

For that reason, from 1721 onwards the fortress housed part of the city’s garrison and rather notoriously served as a high-security political jail. Among the first inmates was Peter’s own rebellious son Alexei. Later, the list of famous residents included Dostoyevsky, Gorkiy, Trotsky and Lenin’s older brother, Alexander. Parts of the former jail are now open to the public. 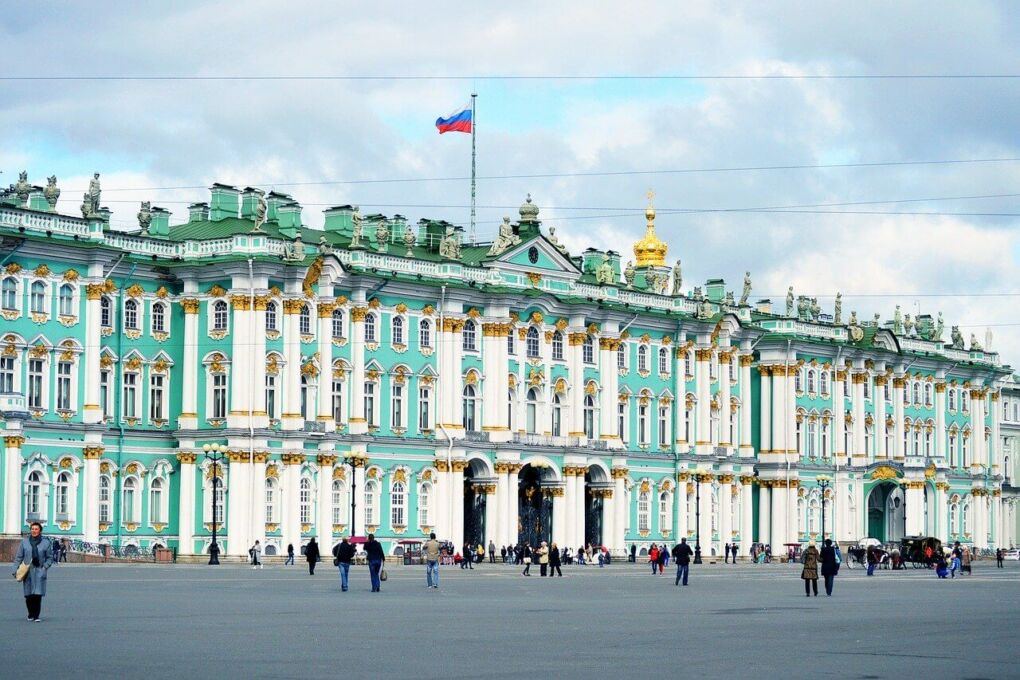 The Hermitage Museum is the second-largest museum in the world with over 3 million pieces of art housed within its wall and an essential stop and one of the best things to do in St Petersburg.

The museum was founded in 1764 when Empress Catherine the Great acquired an impressive collection of paintings from the Berlin merchant Johann Ernst Gotzkowsky, the museum has more than 1500 rooms and been open to the public since 1852.

There are about 800 in St. Petersburg, and 218 are only for pedestrians. The city’s very first bridge – Troitsky Most (Trinity Bridge) – was built in 1803, and was originally a temporary pontoon bridge with a horse-drawn rail car that led to the Summer Gardens. It was opened to the public 100 years later in 1903. 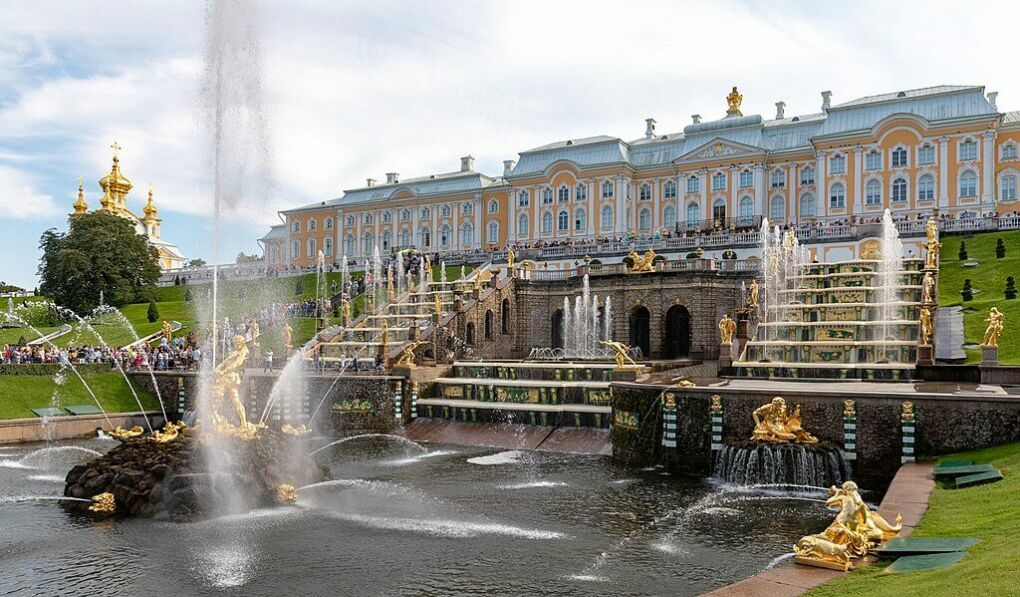 Peterhof Palace was built by Tsar Peter to outshine Versailles. He might not have managed to build a bigger palace, but the opulent water gardens his architects created beggar comprehension.

Visitors have the option of visiting the Grand Palace, the Peterhof Park and gardens, or the famous Fountains of Peterhof with its array of decorative fountains, including the unmistakable and incredibly impressive ensemble of the Grand Cascade. 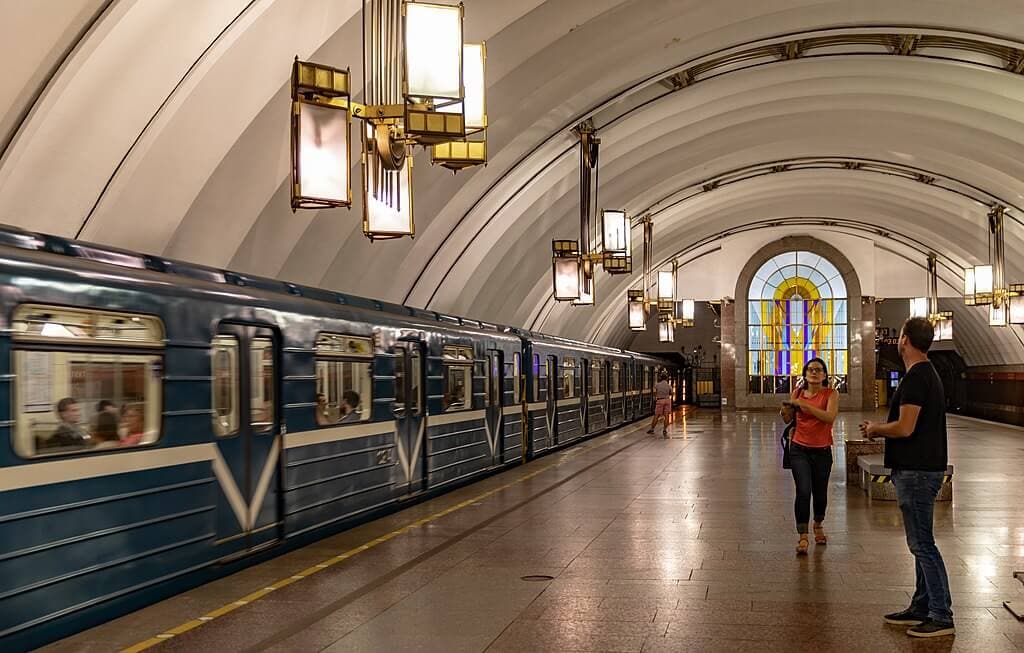 St Petersburg Metro is the deepest metro system in the world by the average depth of the stations. Like the Moscow Metro, some stations look like underground palaces with mosaic panels, marble, sculptures, and paintings.

Admiralteyskaya station is the most beautiful and third deepest metro station in the world at 86m below the surface.

Church of the Savior on Spilled Blood

This is where Tsar Alexander II was assassinated on 1 March 1881. The church was commissioned to celebrate the notable reforms he had been instrumental in enacting.

No baptisms, funeral services, weddings, or other traditional church services were held in the Church on the Blood, as this was not in Alexander III’s plans.

The Fabergé Museum in the Shuvalov Palace is home to the world’s largest collection of works by Carl Faberge and was founded to preserve, study, and promote Russia’s cultural heritage.

The museum’s collection includes nine of the famous Imperial Easter Eggs which are regarded not only as of the finest jeweled works of art but also unique historical artifacts. 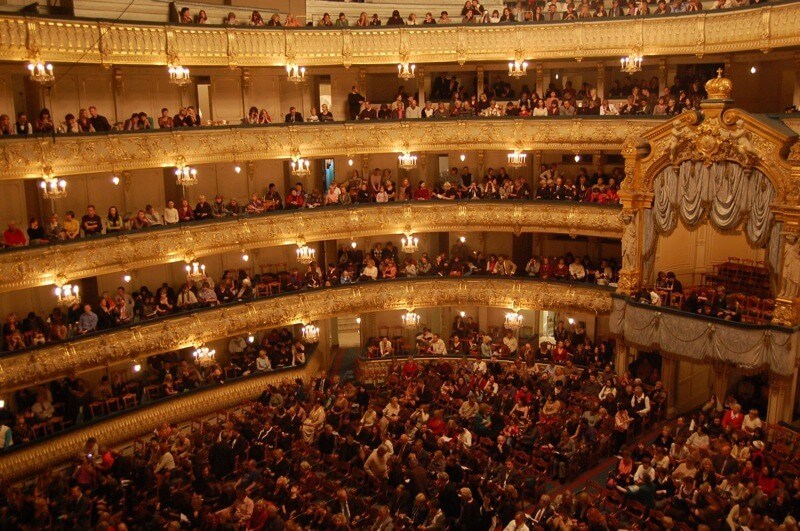 The building and its marvelous 1,625-seat auditorium were severely damaged during the 900-day Siege of Leningrad but later restored in 1944. Since then the theater has maintained its excellent reputation, particularly for classical ballet. 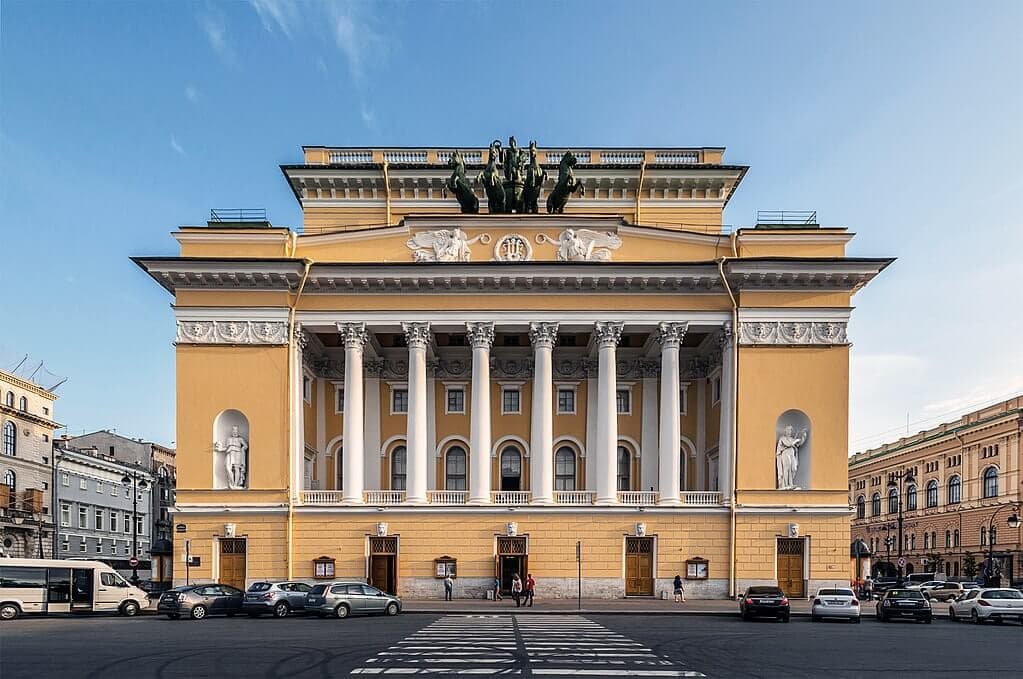 Open in 1832, The Alexandrinsky Theatre is the second most famous theatre in St. Petersburg, home of the oldest theatre company in Russia, and one of the finest works of the great neoclassical architect Carlo Rossi, at the center of a remarkable ensemble of buildings created by him on and around Ploshchad Ostrovskogo that Petersburgers consider one of the architectural jewels of the city.

Today it is home to the Opera and Ballet which has launched the careers of several artists formerly of the Imperial Ballet School (known today as the Vaganova Academy of Russian Ballet).

Watch the opening of the St Petersburg Palace Bridge

The Palace Bridge is one of the most famous things to see in St Petersburg, the bridge drawn at night is a symbol of the city.

The Summer Garden is located where the Fontanka River flows out of the Neva River. It was founded in 1704 by the order of Peter the Great, who was personally involved in planning it and is laid out according to strict geometrical principles.

The Summer Garden is home to marble statues acquired from Europe especially for Russia’s new capital, and also to rare flowers and plants, as well as fountains. It was a traditional location for courtly life outside the palace, and balls were held here by the nobility, who also enjoyed simply taking the air in the Garden.

Cathedral of Our Lady of Kazan

The Cathedral of Our Lady of Kazan was constructed between 1801 and 1811. It was built to an enormous scale with an impressive stone colonnade, encircling a garden and fountain. It was inspired by the Basilica of St. Peter’s in Rome and was meant to be the country’s main Orthodox Church.

The cathedral was constructed between 1801 and 1811 by the architect Andrei Voronikhin, was built to an enormous scale and boasts an impressive stone colonnade, encircling a small garden and central fountain.

The cathedral was inspired by the Basilica of St. Peter’s in Rome and was intended to be the country’s main Orthodox Church. After the war of 1812 (during which Napoleon was defeated) the church became a monument to Russian victory. 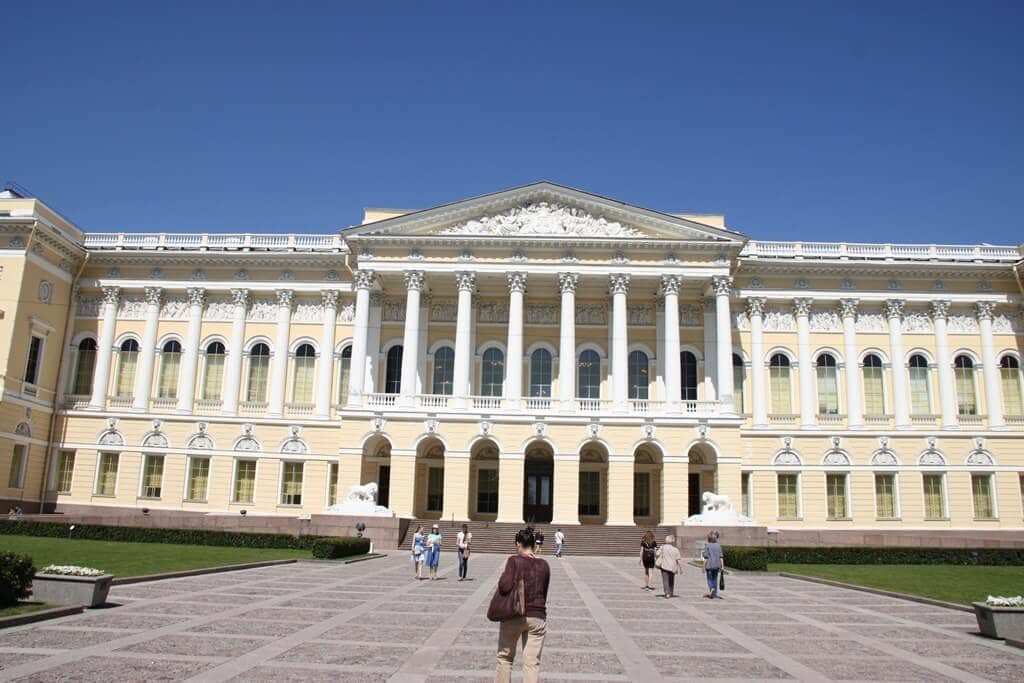 Are you visiting Russia soon? Read this…

Use travel insurance while visiting Russia so you are covered for theft and medical expenses. There are a lot of adventurous activities to do in Russia, and it’s best to have peace of mind while driving, hiking and trying some of the best food in the world.

6 thoughts on “Things to do in St Petersburg”