West Coast National Park (WCNP) also known as Weskus Nasionale Park or West Coast Nature Reserve is the Jewel of the Cape and one of the best national parks in South Africa!

The Park was established in 1985 and comprises some 32 000ha. It’s known for its spectacular colorful carpets of wildflowers, an abundance of wildlife, pristine golden beaches surrounding the Western Cape’s Langebaan Lagoon.

The key conservation areas of West Coast National Park are Langebaan Lagoon and the offshore islands in Saldanha Bay, which together form the Langebaan Lagoon Ramsar site – one of the wetlands in South Africa of international importance.

The lagoon has a rich diversity of marine invertebrates and seaweeds. It is also one of only two known habitats for Siphonaria compressa (small, air-breathing sea snail), South Africa’s most endangered marine mollusc (snail-like animals), and WCNP also supports approximately 10% of the coastal wader population in South Africa.

The offshore islands provide important nesting areas for unique seabird species while the substantial terrestrial section of the park protects appropriately 12 % of the Langebaan Fynbos/Thicket habitat type, which outside the park is being threatened by agricultural activities and housing developments.

When you go towards the northeast of the park, at Langebaan and Elandsfontein, are important Plio/Pleistocene fossil deposits.

If you are planning a West Coast National Park Trip in South Africa and not quite sure what to expect? Here’s everything you need to know. 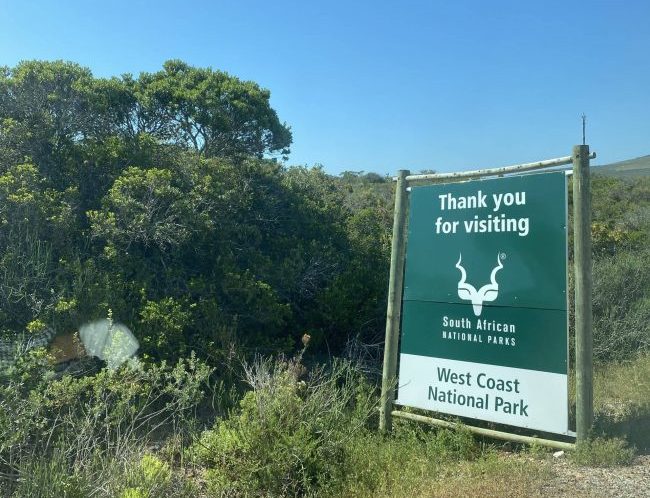 The landscapes of the park are products of a long and complex geological history of geological folding, intrusions, and sea-level changes. The three main substrata are limestone, granite, and sand, and the main formations found are as follows:

The West Coast National Park Entry Fee is different in and outside of the West Coast Flower Season. Prices also vary on your nationality and age. South African citizens must show their National ID to be able to access the park at a discount rate.

The most popular time to visit the park is during the flower season (between August and September).

Things to do in West Coast National Park

There are many fun activities at West Coast National Park, firstly you need to know that, you are not allowed to fish or do any water sports without a permit! The park has also been divided into 3 recreational zones:

If you fancy kite surfing, waterskiing, snorkeling, diving, kayaking, swimming, fishing, angling, and boating, or even riding around on a jetski. This is allowed in Zone A. 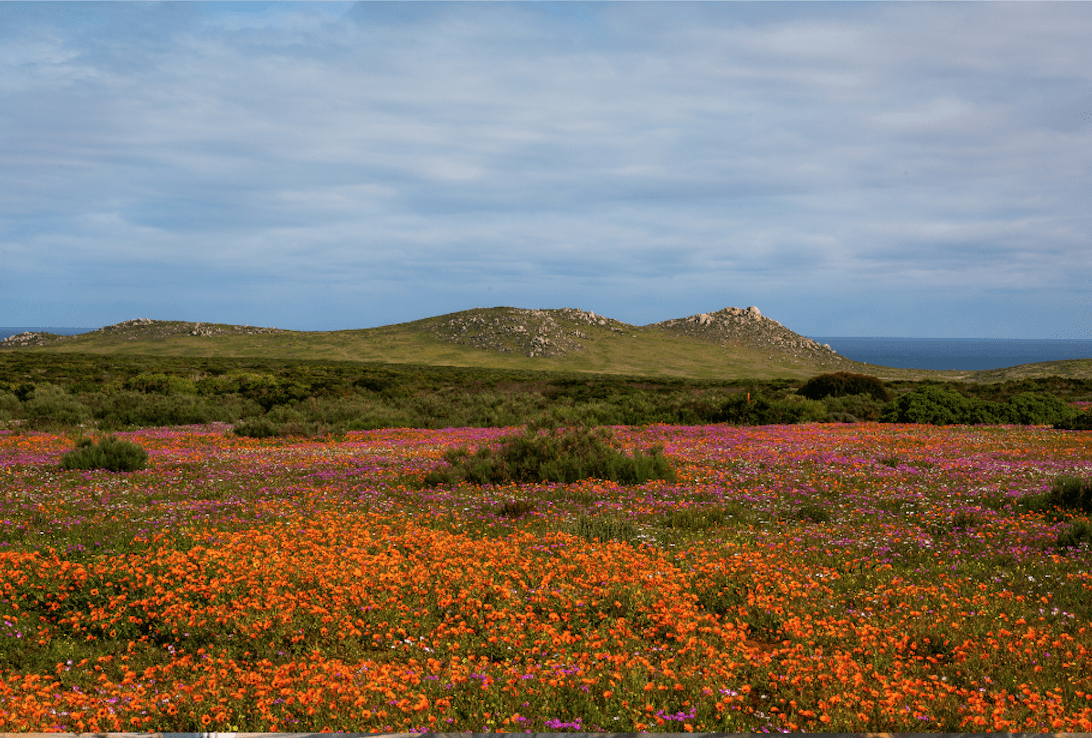 Postberg Nature Reserve is a section of the panoramic West Coast Nature Reserve that only opens to the public once a year during flower season (August and September).

In this region, you will also find West Coast Flowers (wildflowers) similar to those in Namaqualand and Cape West Coast. Visitors can go on the Flower trail or go on a picnic or even have a braai in the designated areas.

Make a stop at the Geelbek Visitor’s Centre and see the replica of Eve’s Footprints – fossilized footprints belonging to a young woman who lived alongside the lagoon about 117 000 years ago.

The footprints were discovered in 1995 and they are the oldest known footprints of an anatomically-modern human who would have lived within the current wide range of estimates for the date of Mitochondrial Eve.

The original prints are housed at the Iziko Museums’ South African National Museum in Cape Town, but the replica can be viewed at the Geelbek Information Centre inside West Coast National Park.

If you’re an outdoor enthusiast you can go on Eve’s Footprint and Trail – a 2.5 day, fully portered and catered hike through the park, tracing the footsteps of Eve. The trail is a 30km wilderness hike, consisting of 3 legs connected through a series of West Coast-style meals and transfers.

Geelbek Restaurant is a National Monument that was built in 1744. Open daily from 9 am to 5 pm, they serve traditional South African dishes with a modern twist. 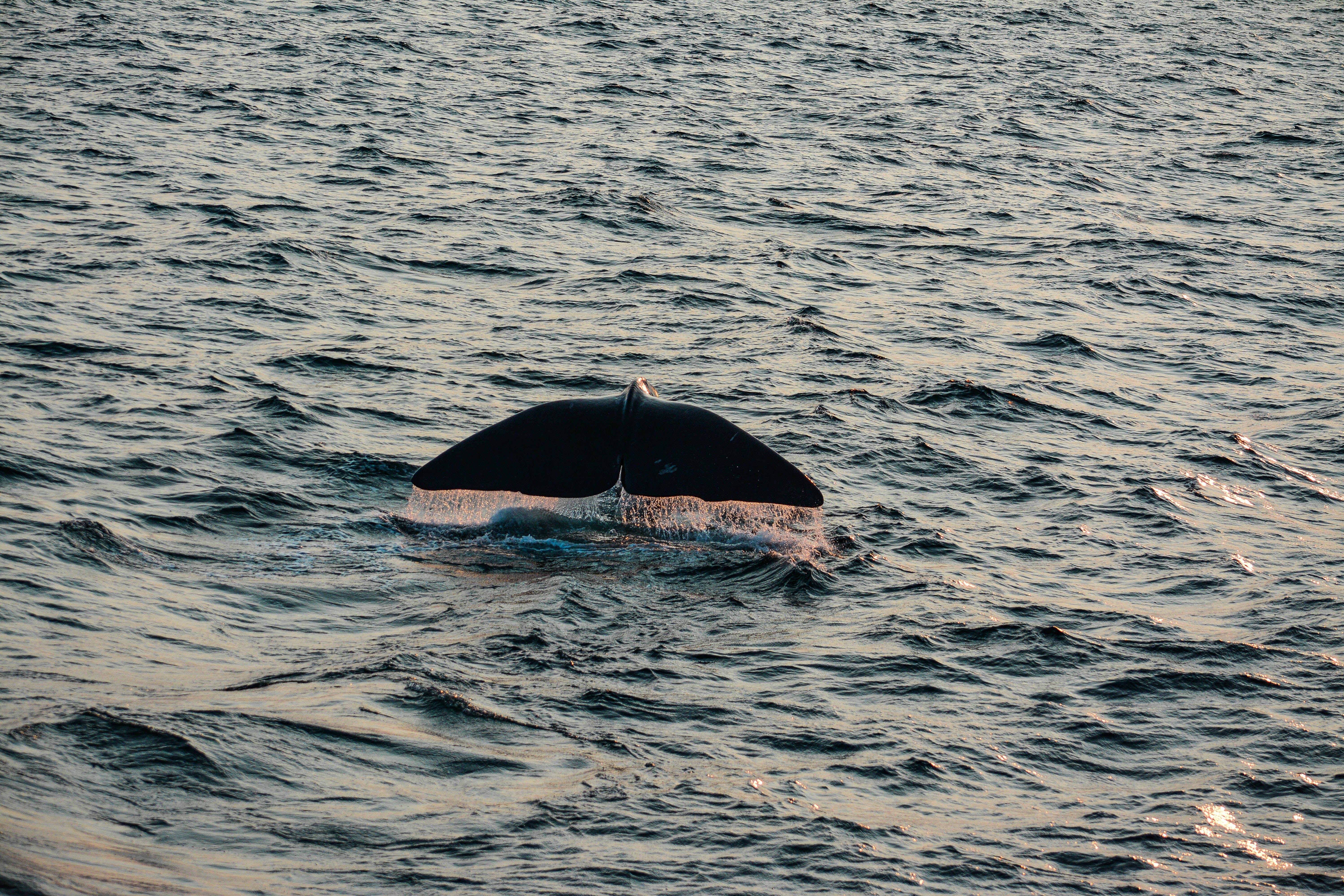 The best time for whale watching at West Coast National Park is between the months of August to October,

Rent a Houseboat on the Lagoon

One of the best places to stay in the West Coast National Park is on the lagoon.

Club Mykonos Resort is situated along the Langebaan Lagoon. The West Coast National Park entrance is within 11 km and Cape Town International Airport is 145 km away. Guests have access to all resort facilities consisting of a casino, 7 restaurants, 5 outdoor pools, a bar, and a pool deck. 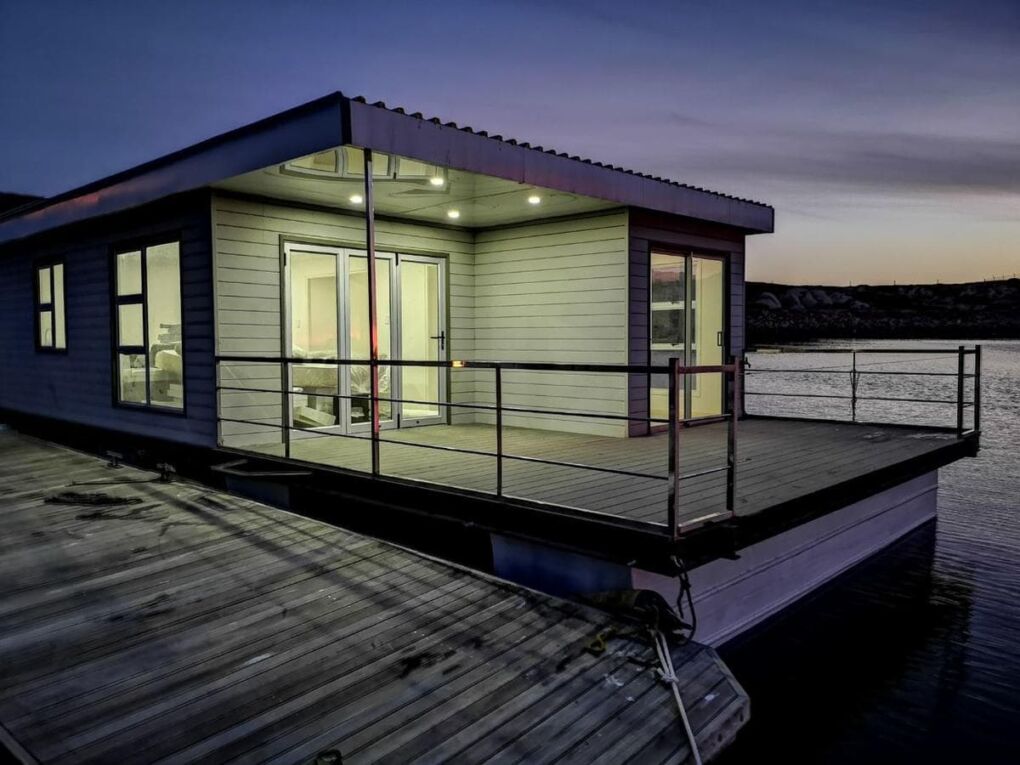 Set in Langebaan, 1.9 km from Langebaan Main Beach, Shark Bay Hotel & Spa offers accommodation with a restaurant, a bar, and a garden. All rooms feature a flat-screen TV with satellite channels and a private bathroom. The hotel features family rooms

Use travel insurance while visiting South Africa so you are covered for theft and medical expenses. There are a lot of adventurous activities to do in South Africa, and it’s best to have peace of mind while driving, hiking, and trying some of the best food in the world.